Glaesserella parasuis is a Gram negative bacterium of the Pasteurellaceae family, with only one recognized host, the pig. It is present in most commercial farms as an early colonizer of piglets. Different strains can be found in the same animal as soon as by two days old. Various risk factors influence the occurrence of virulence causing Glässer’s disease, which has an incidence of 17% in some cases. The disease usually appears during stress periods, particularly weaning and generally within the first 12 weeks of life.

The clinical signs of Glässer’s disease are nonspecific and include fever, cough, abdominal breathing, swollen joints, and lameness, as well as signs of central nervous system impairment, such as lateral decubitus, pedaling, and tremors. Piglets with acute disease show characteristic lesions of fibrinous polyserositis and, occasionally, purulent catarrhal pneumonia, on post-mortem examination. The usual treatment is antibiotics. For prevention, vaccines can be used, which have limited efficacy since they are directed at specific serotypes of a bacterium that can present with more than 16 different serotypes, with up to 5 different serotypes having been described in the same animal. There is no universal vaccine for Glässer’s disease, and the emergence of antibiotic resistance makes the search for prevention strategies that go beyond proper herd management an urgent need. The vaccine that Aquilón is developing with the support of the Spanish Government’s Center for Industrial Technological Development (CDTI) is based on a potentially transformative discovery initiated in the research of the team of Dr. Victoria Aragón from IRTA-CReSA in Barcelona. During its academic exploratory phase received support from the Catalan administration through the seed program (“llavor”) of the AGAUR agency.

Aquilón has closed a license agreement with IRTA to develop and commercially exploit a nasal administration vaccine for newborn piglets based on the research of Dr. Aragón’s group. This vaccine is designed to prevent early colonization of the respiratory mucosa by potentially virulent strains, regardless of their serotype, by combining a competitive exclusion mechanism with a potentiation of an immune response in the mucosa that protects the individual against potential infections by airborne pathogens.

The impact of this vaccine is global, since it is a disease widespread in all pig-producing countries, for which there is no effective broad spectrum commercial vaccine (and despite this, the annual sales of currently available vaccines exceed € 20M ). In addition, the product will contribute to reducing the use of antibiotics in pig production, with the associated reduction in the transmission of antimicrobial resistance through the environment and the food chain. Given its effect on animal health, it could improve growth and feed efficiency, contributing to better use of resources and more sustainable pig production. This project is carried out with the collaboration of the group originating the technology at the Autonomous University of Barcelona and the IRTA, and with the University of León, which participates in the characterization of potential vaccine strains. The Center for Industrial Technological Development (CDTI) of the Government of Spain is contributing substantially to financing the project, once again demonstrating its support to potentially disruptive projects in innovative companies as Aquilón. 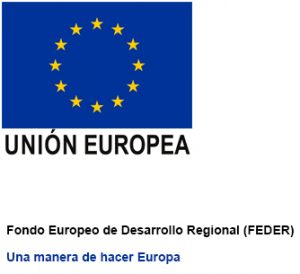