The disease is caused by a virus of the pestivirus family. It presents several clinical forms, from subclinical cases to acute cases that can cause abortions, infertility, immunosuppression and, in the most severe cases, fatal mucosal disease. The BVD causes significant economic losses in all countries with important cattle herds. In Europe, with a herd of 90 million animals and a cost that can be between 100 and 400 euros per animal during an acute outbreak, the economic impact can reach over one billion euros per year.

The control of this important disease is currently based in the detection and elimination of permanently infected calves (PI), as well as ensuring the biosecurity of the farm and vaccination of animals susceptible to infection.

Aquilón, in collaboration with Dr. Enric Mateu, of the Autonomous University of Barcelona and the Valladolid company VLPBio, is currently developing a vaccine against the BVD virus based on applied biotechnology (combining BVD virus antigens discovered by Aquilón with Virus-Like-Particles technology or VLPs, developed by VLPBio), designed to combat this disease of global impact and differentiate those vaccinated animals from those naturally infected. If this vaccine worked, it would contribute in a very important way to the protection of cattle against one of their biggest threats.

This project has received financial support from the European Union in the framework of the Horizon 2020 program for SMEs: the SME Phase 2 Instrument, in its call of January 2019. Thanks to this help Aquilón will be able to advance with the development of the project to reach clinical proof of concept of an industrially feasible vaccine prototype evaluated in calves.

Seal of excellence from the European Union: 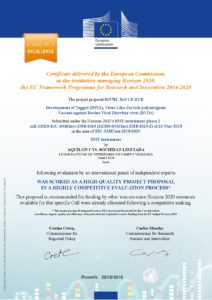 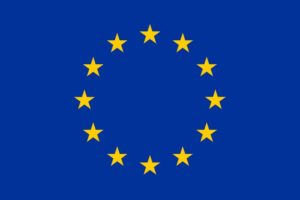